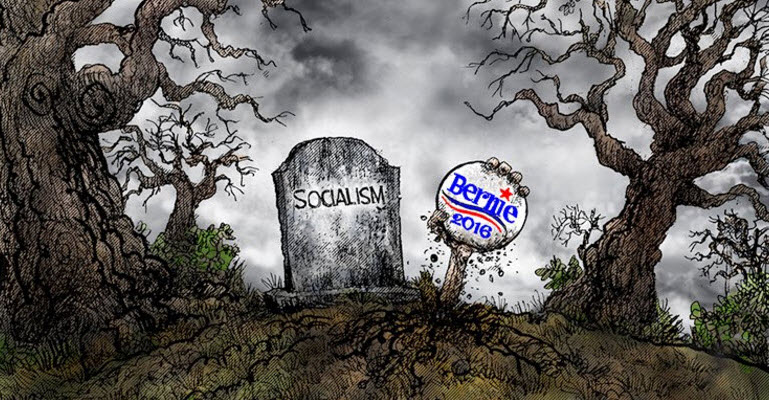 I love Mr. Grindler’s essay, “What Is Socialism” in the abstract. However, I’m not sanguine as to its effect in persuading the followers of American politicians advocating for socialism. A more concise, elegant, and compelling approach to the failure of socialism is this statement from F.A. Hayek:

“From the fact that people are very different it follows that, if we treat them equally, the result must be inequality in their actual position, and that the only way to place them in an equal position would be to treat them differently. Equality before the law and material equality are therefore not only different but are in conflict with each other; and we can achieve either one or the other, but not both at the same time”

How do we to interpret this?

Socialism, as understood by Hayek, defines ‘fair’ as the equal distribution of goods. Thus, socialism, for example, holds that ‘fair’ means everyone earns the same wage no matter what might be their contribution to the community. By contrast, capitalism defines ‘fair’ as the distribution of goods according to the value you contribute to the community. Under capitalism, you earn what you deserve.

With Hayek in mind, note that when we listen carefully to American politicians advocating for Socialism, they are in reality advocating for a welfare state. They seem unaware of the distinction (or, more likely, think that YOU are unaware of the distinction). They never talk about Socialism as a [failed] economic system nor explain how unequal treatment under the law leads to wealth creation. They cite, instead, imaginary utopias in which wealth just ‘happens’. Sweden is a great example of this disconnect. When Sweden imposed socialist economic principles on its citizens in the early 70s, their economy tanked. When they returned to capitalist principles in the 80s, their economy boomed. Today, Sweden’s welfare state is largely supported by an underlying though vibrant, capitalist economy.  Their capitalism generates sufficient income to pay for their monstrous welfare state1)Just a side note: often unrecognized by the American left is Sweden’s relatively small, homogeneous demographics. Note the sudden influx of Muslim immigrants threatens this system. Despite Sweden’s economic productivity the influx of immigrants will soon make the welfare state unsupportable. . If American socialists were intellectually honest (assuming they are smart enough) they would advocate for a welfare state enabled arguing that such a state is only supportable under capitalist principles – Of this, Sweden is a good example.

The take away message is just this:

Can you say Venezuela?