Can Torture Be a Legitimate, Moral Response to Evil? 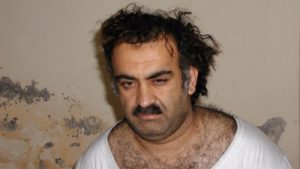 Here we go again AND Yes! Torture can be a legitimate, moral response to evil. And if you are Gina Haspel, President Trump’s nominee for CIA Directory, you need to read this post.

I take issue with Ms. Haspel’s blanket condemnation of ‘torture’ because she, like many who oppose torture, refuses (or is unable) to define the term in an objective way. When done so, some forms of torture are not only permissable but morally compulsory.

So, yes! Torture when conducted appropriately as, for example, in the case of Khalid Sheikh Mohammed, is a moral act. To understand when and how this might be, read my article titled A Moral Calculus for Torture.

This entry was posted in Ethics and Morality, Terrorism, Torture and tagged Torture. Bookmark the permalink.