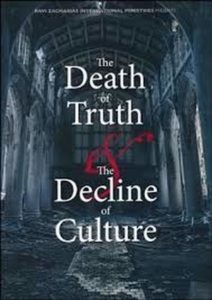 Well, the Left has resurfaced this calumny yet again. As I think about this, I have come to the view that a class of people exist who will believe anything if it said often enough. Such people, I think, find thinking deeply and critically about issues of the day to be not worth the effort. Ok, I get that. But when these same people propagate lies without validating them first, then they are committing evil.

I think there may be two classes of people: the first class are the lazy intellects described above who believe most of what they are told. They are intellectual sheep. Such people are especially vulnerable when the lie is repeated often enough.

However, there is a second, more insideous class. A class that can be divided into two main subgroups:

There is simply no excuse for innocent ignorance at this point. If you believe that Trump called the Neo-Nazis “fine people” and find yourself surprised that this view is “controversial”, then read on.

The Truth is this:  President Trump did not call Neo-Nazis “Fine People“.  Indeed, just the opposite. When asked about the Charlottesville riot, here are President Trump’s exact words (you can read the complete transcript here):

After another question he was asked to clarify because his first statement above was ambiguous. He understood his ambiguity and so became explicit:

“I’m not talking about the neo-Nazis and white nationalists because they should be condemned totally.”