The Hypocrisy of the Vulgar Left

So, you wanna talk about sh**holes. Here’s yer top ten sh**holes nobody wants to visit.

But, history has something teach us about offensive presidential speech as no less a Lefty light than Rolling Stone in this defense of presidential vulgarity. However if you don’t feel like Rolling Stone’s your source of insight in these delicate matters, I can sum their article in a single sentence:

“It’s ok when Democrats do it.”

I’m so unsympathetic to the Left’s rending of their clothes, wailing, and gnashing of teeth over Trump allegedly calling Haiti (and other 3rd world slums) a sh**hole. Indeed, most vulgarians would admit to the truth of what Trump said. Haiti is well and truly a sh**hole. 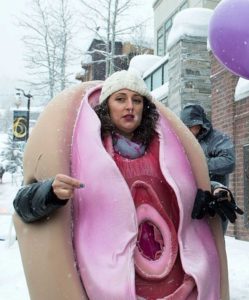 But, the larger question is this: exactly where do the offended left get off being offended by Trump’s vivid speech. Let’s dig into this, shall we? If you are so inclined, reflect on the picture to the right. Matt Walsh is on point when he tweets:

“The people who wear vagina costumes and call their opponents “teabaggers” are super offended by Trump’s vulgarity.

Mr. Walsh made three points in his Daily Wire piece, the first of which is the topic of this post. I quote:

The Left obviously is in no position to lecture anyone for “vulgar and offensive” language. These are the same people who spent eight years calling their political opponents “teabaggers.” “S***hole” is a PG-13 term. “Teabagger” is X-rated. It’s also a personal attack on actual people[1]mtp: from Wiktionary, a teabagger is A person who practices teabagging, i.e., the sexual act of inserting the scrotum into someone’s mouth. (neologism, often derogatory) An affiliate of the Tea … Continue reading, as opposed to an attack on the general conditions of a country. And let’s not forget the time they donned vagina hats and marched through the streets with signs referring rather explicitly to their “p*ssies.” I could go on at great length citing examples of the gleeful vulgarity that has spewed from the mouths of the people now so scandalized by the “s” word.

I’ve seen many on the Left lament that Trump has “coarsened the culture” to such an extent that our children can’t even watch the news anymore. A reporter for the Washington Post worried that “s***hole” will be “all over the schoolyard tomorrow” because our kids will have learned of the term, for the first time, from Donald Trump.

I agree that the culture is too coarse and our children are too exposed to it. But “s**t” is the least of our problems, I’m afraid to say. Your child is far more scandalized by the pop songs you let her listen to all day than she is by the words the president uses in a closed door meeting at the White House. Yet if I were to point out that pop music is inappropriate, you’d scoff at me and call me a Puritan. Something doesn’t add up here.

Is it true that Trump has coarsened our language? Actually, the problem as I see it is the delicate sensibilities of all of us. Our discourse actually begin its slide to the gutters with the degenerates (mostly women) who defended Bill Clinton for his sexual behavior. One of the great questions of those times was whether young children should be permitted to watch the news. But it was too late. Children came to learn that oral sex doesn’t count, cigars can be put to creative uses, dress stains are not always from spilled soup.

The English word ‘vulgar’ is a Latin word meaning ‘common’ or “pertaining to ordinary people“. This is an appellation that Trump embraces because, despite his station in life, he speaks like and connects to the vulgar people – the bus driver. The plumbers. The framers and rockers who built our house. The Nascar fans. Is it any wonder that Trump’s support among adult, black males has soared to 40%? and all the people who, as Obama claimed,  “get bitter, they cling to guns or religion“. These are the vulgar people and they are the people who elected Trump. 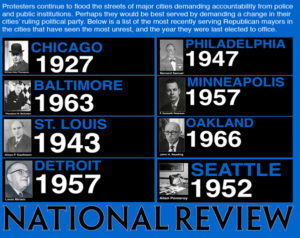 Ironically, it is the vulgar people for whom the Democrats allegedly care. But, by their words and deeds seek the approval not of the working class. They ache to be validated and supported by the community of the swells – the downtown limousine liberals, the tweedy college professors, Hollywood’s A-list.

Compared to the invective thrown at Trump (and his Republican predecessor, G.W. Bush) the term sh**hole is mild at best. It’s the kind of phraseology the vulgar among us use to describe downtown Detroit, Baltimore, Chicago’s South Side, New York City’s projects, Washington’s D.C’s  Murder Bay … indeed, any of the slums that decorate the urban centers Democrats have controlled for years. The Democrats (and similarly disconnected  Republicans) are deeply offended that Trump called Haiti a sh**hole. Well, here’s a flash: Haiti is a sh**hole. So is Venuzuela. So are the squatter areas of the Philippines, the Favelas of Brazil, as is the Villa Miseria of Argentina. No wonder Democrats take such offense. It’s as if Trump was criticizing them or something.

But I wander. The point is that Trump calls it as he sees it and how he describes what he sees is surely course and unmannered. But it’s exactly the argot of the vulgar and it connects.