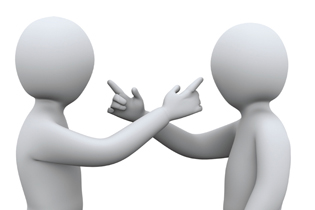 In that regard, you may first want to read what I believe is a welcome correction to statements about gun studies circulating throughout the internet.

Posted on Facebook by a good man and a dear friend

So here’s a question (and I’m hoping for an honest, gracious conversation, rude comments will be deleted): The argument against higher levels of gun control is oftentimes based on the following “slippery slope” premise: If we put restrictions on 2nd amendment rights we’re opening the door for restrictions on all other constitutional rights in the future. But isn’t weapons escalation a slippery slope as well? If we arm teachers with guns, bad guys will start wearing Kevlar, or start making homemade explosives to cause damage from a distance, or take up sniper positions rather than entering schools, or…. escalation. Dr. King & Mahatma Gandhi taught us long ago that violence begets violence. Do we have to relearn that lesson at the expense of our children? How can a person hold a position that seeks to protect from the “slippery slope” on one hand, but contribute to it on the other? For me, I can’t think of any reason folks on any end of the political spectrum would believe arming teachers will deter would-be school shooters. In the end, it will make shooters more equipped & more dangerous.

There’s a lot to unpack here, so let’s get to it (the bolded text is cc’d from the statement above)

The argument against higher levels of gun control is
oftentimes based on the following “slippery slope” premise:

So what? The slippery slope argument, tho’ often thought of as a logical fallacy, is historically valid. For example, the original supreme court ruling allowing abortion was highly restricted – life of the mother, only during the first 20 weeks, etc. Since that ruling, abortion is now on-demand and can legally occur up to, and the moment of, parturition.

Your argument correctly imagines a slippery slope, and in this case numerous examples exists illustrating the truth of this logic. One of the best examples is that of abortion. The precedent established by Roe V. Wade was the camel’s nose under the tent – another name for the slippery slope. This precedent has been used by the courts to slip us down the slope to where abortions are legal up to, and during, parturition.

But isn’t weapons escalation a slippery
slope as well? If we arm teachers with guns, bad guys will
start wearing Kevlar, or start making homemade explosives
to cause damage from a distance, or take up sniper positions
rather than entering schools, or…. escalation.

There are two problems with this argument. The first problem, and the most obvious one, is that Kevlar also protects. Note that Kevlar vests were used in Parkland to protect students under attack. Like guns, Kevlar can be used for good or evil.

Second, and more interesting, is your contention that guarding schools, like we guard airports, will lead to escalation. I agree. To successfully attack anything that is guarded will require greater power. Escalation is an invariable result. But consider the following:

NO! This is NOT the lesson to be learned here. The lesson, while largely unrelated to this particular issue, so egregiously misunderstands the principle of civil disobedience as to require correction. Here’s the lesson:

Civil disobedience is an effective moral response to an immoral condition. Its effectiveness is only effective to the extent that the state against which the disobedience is exercised is based on moral institutions. It’s no accident that MLK and Ghandi exercised their disobedience against countries whose institutions were founded on the Judeo-Christian moral tradition, i.e., America and Great Britain respectively.

We’ll have to agree to disagree on some basic premises you make. It won’t work to liken school protection to airports & court houses because such places are protected by professional law enforcement and law enforcement infrastructure in volume large enough to significantly deter threat.

There is no empirical or historical support for the claim that the resource requirement in terms of infrastructure and personnel is too burdensome. Two points:

This is not a large undertaking and requires no significant infrastructure apart from regular training of the involved personnel. Indeed, much of this can be outsourced to private security firms (and already is in so-called at-risk school districts – Chicago, Washington D.C., Baltimore, among others).

Anecdotal point: here in Montana the the two universities and their satellite schools permit student concealed carry on campus. Moreover, at every football game there are armed guards at every gate and in the stands. This is in addition to the armed students.

What does it say about our nation & ability to keep our young safe if they must walk through state of the art metal detectors, explosive sniffing canines, and armed guards every day just to learn algebra?

It says that our society values the safety of kids so much that we are  willing to spend time and treasure and risk our blood to see that they are kept safe. So, I am far less concerned about “how it looks” or “what it says” than I am about keeping people safe.

Nowhere in Dr. King & Gandhi’s writings will you ever find endorsement of violence or weaponry as a means to create change… regardless of whether or not one works in a moral, Judeo-Christian culture (at least if you can find them, show them to me as I’ve never run across them). And I’d to ask a resident of India from the colonial days if they’d ever have called British occupied India Judeo-Christian. I do not believe India has ever had a Judeo-Christian culture. For both Dr. King & Gandhi, non-violent solutions were the only ones to be considered.

I never made the claim that King and Ghandi advocated violence. Both men advocated non-violent civil disobedience. In Ghandi’s case, his protests were directed against the British governing authority – an authority grounded in Christian belief whose governing institutions were constrained by ethics base on Judeo-Christian values. British law, at that time, was perfectly consonant with U.S. Law. Ghandi’s protests moreover were NOT directed against the Indian people, customs, or authority.

You might find it helpful to conduct the following thought experiment: ask yourself whether King or Ghandi would have survived their non-violent protests had they inveighed against the governments of Hitler, Pol Pot, Stalin, Chavez, Castro, Saddam Hussein, or Mao. King and Ghandi are rightly honored but only because the authorities against which they protested were constrained in by law – law rooted in the Ten Commandments and Christian ethics.

You’re comments on “slippery slopes” & their propensity do indeed lead us into turbulent waters (like r v wade as you said) validates my position, I believe.

Those who would advocate for even more egregious gun control simply have no response to the slippery slope argument except, “It’ll never happen. Trust me“.

This entry was posted in Constitution, Gun Control, Second Amendment. Bookmark the permalink.