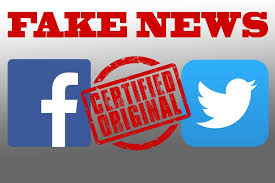 First and foremost I would commend W. Joseph Campbell’s blog, Media Myth Alerts. At the very least, you should take time to browse his blog and especially this post – an enumeration of the top fake news stories of 2016.

Then there is Oliver Darcy’s observations on the Left’s fake news problem.  Dan Rather and Brian Williams were unavailable for comment.

Remember the Muslim student who was allegedly threatened by a Trump supporter if she didn’t remove her hajib? Never happened. 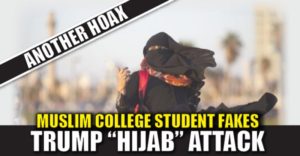 A widely-read (and quoted by disgruntled Lefties!) expose appeared in the Washington Post on November 24th that purportedly showed that the Russian’s had planted a number of fake news stories designed to undermine the U.S. political process. Here’s the WaPo’s headline and a link to the report:

Yesterday (Wed), The WaPo began to walk the story back after numerous websites called the report’s findings into question. I guess the best comment I’ve seen on this example of Mainstream Media buffoonery is this quote from Instapundit:

So in reliance on an un-checked list by an outside group that insists on anonymity, the WaPo designated a bunch of sites as Russian propaganda tools. And this is the “real news” outfit that is getting all uppity about “fake news.”

This entry was posted in Media Bias, News, Uncategorized. Bookmark the permalink.