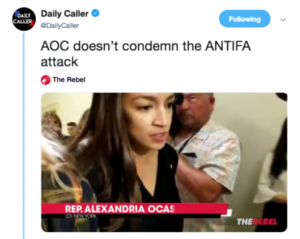 The Heavenly Compact: America and Israel

‘Ancient Principles’ Birthed the Greatest Nation the World Has Ever Known

in order to persuade his fellow delegates to vote in favor of the Constitution, Samuel Langdon, a distinguished theologian and scholar, delivered an “election sermon” entitled, The Republic of the Israelites an Example to the American States.

After beginning by quoting Deuteronomy 4:5-8 in his sermon, Langdon noted,

[T]he Israelites may be considered as a pattern to the world in all ages; and from them we may learn what will exalt our character, and what will depress and bring us to ruin. Let us therefore look over their constitution and laws, enquire into their practice, and observe how their prosperity and fame depended on their strict observance of the divine commands both as to their government and religion.

Langdon then gave an account of how Moses, upon the wise counsel of his father-in-law Jethro, “the priest of Midian,” set up a republican form of government, with representatives (“leaders,” “rulers,” “judges,” depending on the biblical translation) from groups of thousands, hundreds, fifties, and tens. In addition, 70 elders, or wise-men — a type of national Senate as described by biblical and Jewish scholars — were selected by Moses and approved by the consent of the people.

A government thus settled on republican principles, required laws; without which it must have degenerated immediately into aristocracy, or absolute monarchy. But God did not leave a people, wholly unskilled in legislation, to make laws for themselves: he took this important matter wholly into His own hands, and beside the moral laws of the two tables, which directed their conduct as individuals, gave them by Moses a complete code of judicial laws.

Calvin Coolidge on the 150th Annversary of Independence Day

“About the Declaration there is a finality that is exceedingly restful. It is often asserted that the world has made a great deal of progress since 1776, that we have had new thoughts and new experiences which have given us a great advance over the people of that day, and that we may therefore very well discard their conclusions for something more modern. But that reasoning can not be applied to this great charter. If all men are created equal, that is final. If they are endowed with inalienable rights, that is final. If governments derive their just powers from the consent of the governed, that is final. No advance, no progress can be made beyond these propositions. If anyone wishes to deny their truth or their soundness, the only direction in which he can proceed historically is not forward, but backward toward the time when there was no equality, no rights of the individual, no rule of the people. Those who wish to proceed in that direction can not lay claim to progress. They are reactionary. Their ideas are not more modern, but more ancient, than those of the Revolutionary fathers.”

As for the complaint that Trump is making the Fourth of July “political”, such a complaint would stun people like Presidents Lincoln, Jefferson, Madison, and Adams all of whom (and more) celebrated Independence Day with a show of military force.

Let’s be clear: the Fourth of July is a political holiday because the American revolution was the quintessentially political act. More specifically, the revolution was a military action that, among other purposes, enabled us “to dissolve the political bands which have connected them with another and to assume among the powers of the earth, the separate and equal station to which the Laws of Nature and of Nature’s God entitle them.“

It’s completely just and good, moral and right that the U.S. military, yes with tanks and warplanes, should be part of the celebration, if not a key part, of the founding of our nation by this  inherently political act.

Bill Barr: The Adult In The Room

Quoted in full from Glenn Reynolds of Instapundit fame.

GLENN “WROTE THIS FOR USA TODAY right after the Barr press conference, but they don’t want to run it because it doesn’t incorporate the Mueller Report. Since I don’t have time to read and digest the report this afternoon (I’m teaching two 2-hour classes back to back), I’m just posting it here. Enjoy!”

BILL BARR: ADULT IN THE ROOM

Bill Barr’s press conference regarding the Mueller Report release was notable for both style and substance.

On style, he reminded us that in an age of shrieking media hysteria and out-of-control twitter-pols, there is still a place for stolid, stodgy, rule-following bureaucrats. Standing at the lectern with his lieutenants behind him, he calmly and carefully explained what was in the report, what had been redacted and why, and what the applicable laws and rules were. He didn’t play to the media, or to the social media. In tone and manner he was, well, boring.

On substance, he made clear that, after two years of investigation, thousands of subpoenas, and endless media speculation, the “Russian collusion” story was, as some of us had noted all along, a story about nothing. No member of Trump’s campaign — and in fact, no American anywhere — colluded with the Russians to influence the campaign.

In Barr’s words: “As the Special Counsel’s report makes clear, the Russian government sought to interfere in our election. But thanks to the Special Counsel’s thorough investigation, we now know that the Russian operatives who perpetrated these schemes did not have the cooperation of President Trump or the Trump campaign – or the knowing assistance of any other Americans for that matter. That is something that all Americans can and should be grateful to have confirmed. “

Nor do fallback claims of “obstruction” hold water: “In assessing the President’s actions discussed in the report, it is important to bear in mind the context. President Trump faced an unprecedented situation. As he entered into office, and sought to perform his responsibilities as President, federal agents and prosecutors were scrutinizing his conduct before and after taking office, and the conduct of some of his associates. At the same time, there was relentless speculation in the news media about the President’s personal culpability. Yet, as he said from the beginning, there was in fact no collusion. And as the Special Counsel’s report acknowledges, there is substantial evidence to show that the President was frustrated and angered by a sincere belief that the investigation was undermining his presidency, propelled by his political opponents, and fueled by illegal leaks. Nonetheless, the White House fully cooperated with the Special Counsel’s investigation, providing unfettered access to campaign and White House documents, directing senior aides to testify freely, and asserting no privilege claims. And at the same time, the President took no act that in fact deprived the Special Counsel of the documents and witnesses necessary to complete his investigation. Apart from whether the acts were obstructive, this evidence of non-corrupt motives weighs heavily against any allegation that the President had a corrupt intent to obstruct the investigation.”

Barr also noted that the White House did not ask for any redactions in the report, and President Trump chose not to exert Executive Privilege, even though, in Barr’s words, “he would have been well within his rights to do so.” What redactions were made in the report were made by the Department of Justice attorneys and Special Counsel Robert Mueller’s staff, and were designed to protect ongoing investigations and prosecutions, and some national security matters.

So no collusion, and no obstruction, and no serious grounds for complaining about the redactions. No doubt some politicians, eager to keep their base heated up, will try to pretend otherwise, and some cable news channels and media outlets, desperate for viewers and clicks, will go along.

But normal people should be pleased and relieved that there was no collusion, even as they should be angry that a huge chunk of our political class seriously maintained that the President of the United States was a Russian puppet. That claim, based more on a desire to undo the 2016 election than on any actual evidence, was a poisonous corruption of our political discourse, and those involved should be — but won’t be — ashamed.

They should, however, be ignored in the future.