What Leftists Fail To Understand About Poverty 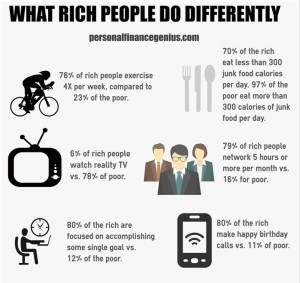 Conservatives and Libertarians believe that to be successful requires the adoption of the values of discipline (esp in matters of health and work habits), the ability to defer gratification, initiative, and accountability to name a few.

People on the Left generally believe the poor are victims of circumstance and bear little responsibility for their position in life. Hence, they conclude that if the government would only give stuff to the poor that people in the middle class have earned, the middle class would grow.

This of course is not true and has never worked out in practice[1]See, for example, Lyndon Johnson’s War on Poverty. To understand why you need to reflect on the truth of “Reynold’s Law“from Glenn Reynolds of Instapundit fame.

“The government decides to try to increase the middle class by subsidizing things that middle class people have: If middle-class people go to college and own homes, then surely if more people go to college and own homes, we’ll have more middle-class people. But home ownership and college aren’t causes of middle-class status, they’re markers for possessing the kinds of traits — self-discipline, the ability to defer gratification, etc. — that let you enter, and stay, in the middle class. Subsidizing the markers doesn’t produce the traits; if anything, it undermines them.” (my emphasis)

I was reminded of Reynolds law when I read that longevity is proportional to lifestyle. Or, as the New York Times headlined,

“Disparity in Life Spans o[between] the Rich and Poor is Growing“. 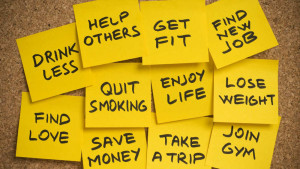 Habits of the Successful

The reason? Because the poor are largely poor for a reason. In general, they engage in more self-destructive habits than those who are better off. Or, as Mr. Reynolds explained, the disparity exists “because the poor have more bad habits”.

Here is the money quote from the NYT article:

‘In recent decades, smoking, the single biggest cause of preventable death, has helped drive the disparity, said Andrew Fenelon, a researcher at the Centers for Disease Control and Prevention. As the rich and educated began to drop the habit, its deadly effects fell increasingly on poorer, uneducated people. Mr. Fenelon has calculated that smoking accounted for a third to a fifth of the gap in life expectancy between men with college degrees and men with only high school degrees. For women it was as much as a quarter. . . . More recently, the prescription drug epidemic has ravaged poor white communities, a problem that experts said would most likely exacerbate the trend of widening disparities. Limited access to health care accounts for surprisingly few premature deaths in America, researchers have found.'”

Read the whole article, but read it carefully because the implications are that the lifespan gap between rich and poor while very simple to understand, are not readily amenable using government policy prescriptions. At the end of the day, the disparity is better understood when phrased this way: people with self-destructive habits (smoking, obesity, laziness, drinking, drug abuse) do not live as long as people who avoid these habits.

This entry was posted in Leftism, Poverty. Bookmark the permalink.