Welcome to The Moral Christian blog. In the most general sense, the content of the blog is ordered toward advancing the ethical principles and moral values of the Judeo-Christian tradition as they might apply to contemporary issues — political, social, economic, or religious — in the public square. To this end, I welcome thoughtful, critical discussion whose aim is clarity, not persuasion. Because this is my blog, all discussion ends when both sides agree that they understand the other’s points of view.

If you’re a conservative you should find comfort here, though not a few “conservatives” are unclear exactly what they are conserving (see below). If you’re a lefty ((I don’t use the term liberal because its use is today widely misused. Traditionally, the liberal of yesteryear (up till about mid-20th century) is today’s conservative.)) you will not find comfort here. In my experience, the cognitive dissonance experienced by my lefty friends when they read the content typical of this blog can be quite painful.

I am philosophically conservative, which is to say liberal in the true sense of the word. This means that my political and religious policy positions are based on the conservation of liberty((For example, for issues in which liberty conflicts with equality, I vote for liberty every time)) and the tenets of the Judeo-Christian ethical tradition, i.e., biblical ethics and moral values. I am not libertarian, though there is much to recommend libertarianism (e.g., Libertarians revere individual freedom), the conservative recognizes that when freedom is unrestrained by moral institutions (courts of law and religious traditions) it tends toward license. 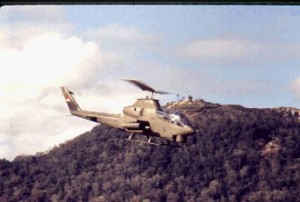 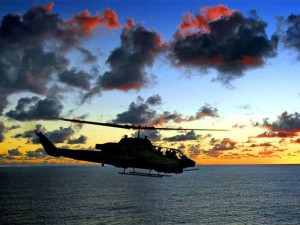 The shadow of death is the one I cast.

Over the course of my lifetime I have been a cowboy (really!), a Cobra helicopter gunship pilot (Call sign Undertaker 21) and Prisoner of War in Vietnam.

Here is an account  of the recovery of my Cobra about a month after I was shot down and captured (NOTE: I am not the author. By the time these guys got to my downed helicopter, I had already been taken prisoner).

After the Army, I returned to college and earned a PhD in immunogenetics, but went immediately into software engineering. In 2004 I retired as a Software Architect having led the development of the disaster recovery facility for Microsoft’s XP operating system (called Automated System Recovery – ASR).

I can read, write, and speak Norwegian. However, beginning in the mid-90s I began studying and taking courses in biblical Hebrew. Today (March, 2015) I am reasonably fluent in biblical Hebrew and have published a number of critical translations. You can read my translations and commentaries of the two Genesis creation stories over at my Learn Biblical Hebrew blog.

I am married and blessed with 3 wonderful [adult] children and 7 grandchildren. I am a lifelong Lutheran although as Lutheranism has drifted toward liberal Protestantism, I might be better characterized as an evangelical Catholic.